Miranda Kaiser went to culinary school in the UK and worked many culinary based jobs. In 1988 she went to Israel for supposedly 3 months. There she met her husband Philip Kaiser who is from Tulsa. Just to make sure that she really loved him, she went backpacking around Europe, ran a kitchen for an English company in France for the summer, worked some crappy jobs in England and then came to the conclusion that she did in fact love him! So she went back to Israel where she worked quite a few culinary jobs, then they got married and opened the ﬁrst Internet bar in Israel in downtown Jerusalem and had a couple of boy children. In 2002 they came to live in Tulsa where they had yet another boy and then opened Cosmo Cafe & Bar. This much loved, quirky spot had a great run for 15 years until they closed it in late 2019. Because three boys and a restaurant wasn’t challenging enough, in 2012 they opened Laffa Medi-Eastern Bar & Restaurant which is located in downtown Tulsa. In her free’ish time, she is teaching an after-school cooking class at various Tulsa Public Schools or is drinking gin somewhere. They are happy, exhausted and never opening another restaurant but truly enjoy what they do.

Hunter Stone Gambill studied culinary arts and attended undergrad at Oklahoma State and the University of Nevada Las Vegas before becoming an assistant food and beverage manager of three casinos in Nevada. Shortly after turning 22, Hunter got married and moved to Oregon, where he went to grad school and served with AmeriCorps. While in grad school, he learned wine-making, brewing, and distilling. He wrote his thesis on mead (honey wine). Without money to start a booze-making venture of his own, Hunter and his wife moved overseas; first to Guatemala, and then to work as a teacher at an international school in China. Hunter became a principal and later the vice president of an international education company. He also served the US Embassy in China as a consular warden for a year. In June 2017, Hunter moved back to his home state to start Oklahoma Distilling Co. Hunter is also the founder of Local Cider, Oklahoma’s first cidery, and Angry Bear Mead. 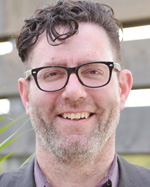 David Robinson learned to love food as a child growing up in Taos, New Mexico. He spent the first decade of his working life cooking in some of Boston’s finest restaurants, including Marcuccio’s and Radius, during which time he also traveled extensively through Italy and Spain. David eventually came to the realization that he didn’t want to spend his life in a professional kitchen, and his desire to continue working with food landed him at Formaggio Kitchen South End, Boston. A trip to the Jura mountains to select wheels of Comté for the shop instilled a sense of respect for the cheese itself, and also for the immense amount of sweat, tears and love that cheesemakers put into each wheel. Since he became the cheese buyer in 2010, he has traveled extensively through Europe in search of cheese. 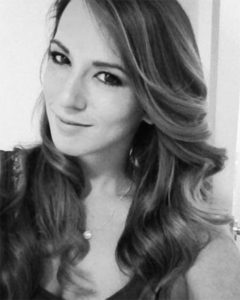 Liat Gal was born and raised in the center of Israel. She works at the Jewish Federation of Tulsa as an Israel Emissary and Director of Israel Programs. As part of her work she is responsible for creating and executing Israeli themed events, bringing speakers from Israel and creating exchange delegations between Tulsa and Israel, relating to: schools, artists, entrepreneurs, chefs, museums, professionals and so forth.

Rabbi Daniel Shalom Kaiman was born and raised in Pensacola, Florida, and spent formative years in Maplewood, New Jersey. After studying Political Science at Rutgers University, he earned a master’s degree and rabbinic ordination from the Ziegler School of Rabbinic Studies at the American Jewish University in Los Angeles, California. A strong believer in social activism motivated by Jewish learning, Rabbi Kaiman strives to teach a Judaism of passionate engagement, self-critical reflection, and experimental creativity. He is a Rabbi at The Synagogue | Congregation B’nai Emunah in Tulsa.

Dr. Todd Lasseigne serves as President and CEO of Tulsa Botanic Garden, a position he has held since 2011.  He is a highly respected and well-known plantsman, garden writer/speaker and leader in the field of public horticulture.  He has traveled extensively throughout the U.S., Western Europe, and Japan in search of new landscape plants and has participated on plant expeditions in China and the nation of Georgia.  Dr. Lasseigne has presented numerous talks throughout the U.S. and has also delivered several presentations to audiences in Japan and China.